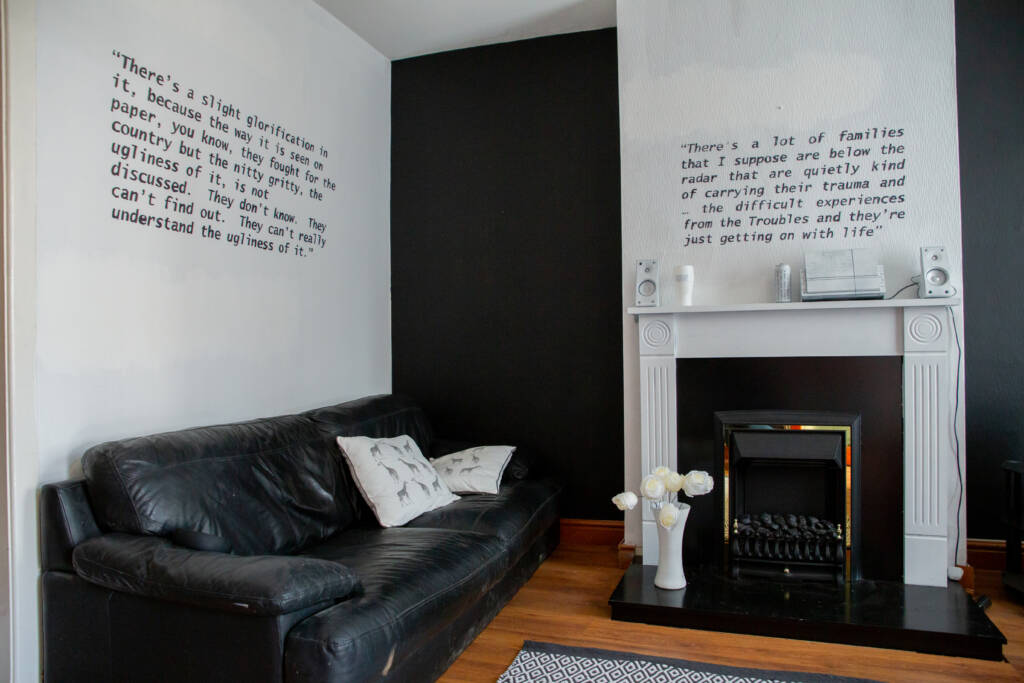 The House was developed as a partnership piece by the Commission for Victims and Survivors and Big Telly Theatre Company.

It was first staged in August 2021 for the Féile an Phobail and East Side Arts Festivals in west and east Belfast.

The venues were 43 Hamill Street in west Belfast and 254A Kings Road in the east, which were both loaned to the Commission by the Northern Ireland Housing Executive.

The content, including the set design and dialogue, was exactly the same in both properties and there was a very deliberate reason for this; the performances were not about focussing on perpetration or blame, no reference is made to any specific incident or groupings, but rather leaves its content open to the interpretation of its audience as they “walk” through the rooms of the house. This is a thought-provoking and reflective piece regarding the ongoing social issues as a result of being a post-conflict society and what we can each to do address these.

We have since worked with our project partner, Big Telly Theatre Company, to develop The House into a virtual reality (VR) headset experience to allow us to bring this human experience to a range of audiences.